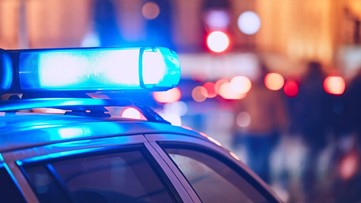 It’s the third fatal crash reported by state police on U.S. 190 in Lacombe in less than two weeks.

ST. TAMMANY PARISH, La. — A Mississippi man died in Lacombe early Monday morning after losing control of his truck on the highway and crashing into a tree, Louisiana State Police officials said.

The driver, identified as 54-year-old Patrick Catanese from Magnolia, Mississippi, was driving a pickup truck east on U.S. 190 around 3:30 a.m. when he veered off the road near LA 434 and overturned his vehicle, the LSP’s investigation found.

Police officials said the cause of the crash was still under investigation Tuesday, but said Catanese was not wearing a seat belt when his truck hit a concrete drainage wall then overturned and slid into a tree.

He was pronounced dead on the scene when first responders arrived. They said the crash was under investigation and blood samples from the deceased were taken for testing.

It’s the third fatal crash reported by state police on U.S. 190 in Lacombe in less than two weeks.

On Friday, Aug. 10, a 55-year-old Lacombe was killed after reportedly losing control of his truck due to a flat tire and crashing off the highway.

The Friday before, on August 3, a 22-year-old Slidell man was thrown off a motorcycle and killed after a driver failed to yield last Friday, police officials said.

Louisiana Drivers With No DUI’s Getting A Big Pay DayComparisons.org